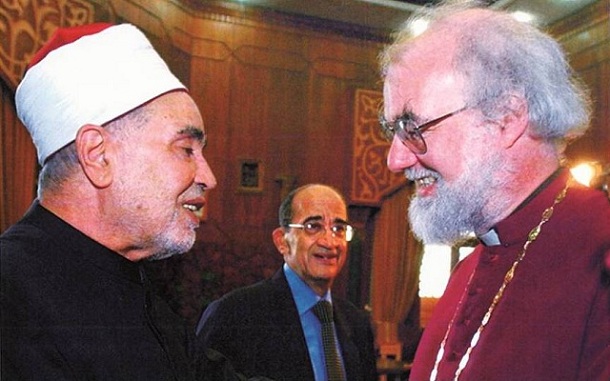 ADIC and the Permanent Committee of Al-Azhar’s work with the Vatican paved the way for dialogue between Al-Azhar and other religious institutions. Therefore, Dr. Aly El-Samman was asked to initiate contacts with the Church of England and to prepare the groundwork for cooperation. As a result, the Archbishop of Canterbury and the Sheikh of Al-Azhar exchanged several visits between 1995 and 1999.

The culmination of these meetings was the creation of a Joint Committee for Dialogue between the Church of England and Al-Azhar. An agreement signed on September 11, 2001 established a permanent program of dialogue and an agreement to meet every year to find solutions to issues that threaten Muslim-Christian understanding.
Archbishop of Canterbury's speech
Agreement and signatories
Joint Committee communiqué
Press release
The Declaration
List of delegates
Press release
Grand Imam's Speech
Archbishop of Canterbury's Speech