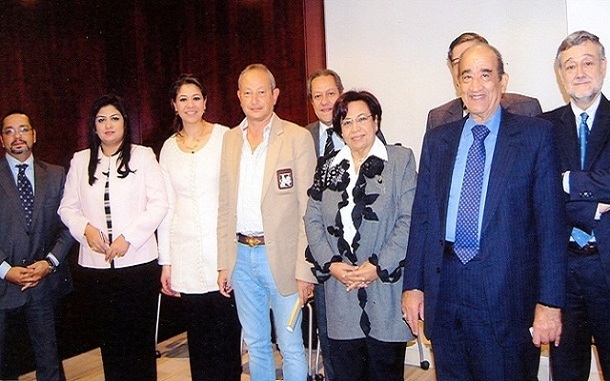 In 2010, ADIC opened a Cairo office to support the pivotal role that the organization plays in supporting positive relations between the Orthodox Coptic Christians of Egypt and the majority Sunni Muslim community. This has focused on bringing together the leaders of both groups to work on initiatives and issue joint statements emphasizing common values and the importance of tolerance and respect.

Because of Dr. Aly El-Samman’s outstanding reputation as an interfaith advisor to both communities, he is regularly involved in issuing such statements. And, through extensive television and radio appearances, he has succeeded in spreading the values common to all faiths and cultures to local, regional and international audiences.
ADIC Egypt First Board of Directors Meeting
ADIC Egypt Board of Directors
Joint Statement
The Agreement
ADIC activates Agreement